Fighting water leaks is a challenge of diagnosing the problem and repairing them properly.
August 11, 2022

It is well established that water will penetrate a masonry wall that is one unit thick. Even if built to every requirement masonry work can always leak. Material selection, the design itself and the quality of construction can all be factors in water resistance. Understanding the causes and mechanisms of water penetration in masonry will enable technicians to better diagnose and solve problems before severe damage occurs.

The main source of masonry water leaks is driving rains, and the level of penetration is affected by rain quantity and wind pressure. The directional consistency of wind-driven rains can create severe water damage to the affected side of an exposed masonry surface. Damage from wind-driven rain is most severe at the corners and top of a wall or chimney system because of changes in air flow patterns at these locations. Since wind speed and rainfall are such critical factors, a driving rain index for the United States was developed to illustrate climatic patterns. The driving rain index considers the average wind speed and rainfall for the country and creates zones on a scale of one to five, with ‘one’ indicating the least and ‘five’ the greatest exposure. Most severe water damage in masonry occurs in ranges three, four, and five due to frequent freeze-thaw cycles.

Once masonry walls are exposed to hours of driving rains, they usually reach a saturation point. Saturated walls will take from one to several days to lose most of this water. Trees, plants, and micro-organisms like algae can prevent it from drying. With cumulative cycles, a saturation point can be reached in masonry pores that often leads to leaks or damage to the wall system.

Water leaks can also be caused by condensation within the wall system itself. Chimney systems are especially vulnerable to condensation because water vapor is a large component of flue gases. Most of the water vapor escapes out the flue, but some will pass through tile liners and the mortar joints between the liners.

The greatest exposure to condensation occurs during the heating season as surface wetting and use of the system produce high humidity in the air cavities surrounding the liners. When the temperature of outer masonry walls of a chimney falls below the temperature of the air in the cavity, condensation often occurs on the inside walls. Masonry units can absorb up to .5 lbs of water from condensation; though masonry is relatively dense, it is also a porous material composed of a network of interconnected pores called capillaries that circulate water by means of suction. Capillary suction is an important factor for openings smaller than 0.5mm. Pores in clay brick generally have a diameter of about 0.01mm, while hairline cracks can range between 0.1mm to 1mm in width.

Water can enter a wall system through pores and cracks in the masonry units and the mortar joints, but very often water seeps through cracks or separations between the masonry and mortar. The water accumulates until it either penetrates to the interior, drains to flashings where it is redirected through weep holes, or simply evaporates through the exterior wall.

Although we try hard to solve water leaks, they can be very difficult to diagnose and even harder to stop. If you have a water leak going in, it may not be solved by the first attempt. Water leaks are not the fault of the last guy on the roof. 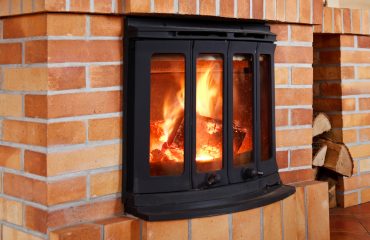 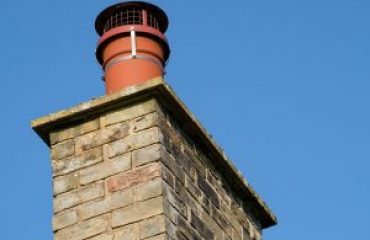 The Importance Of Waterproofing In Chimney Maintenance 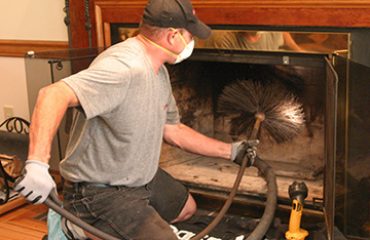 Signs You Need a Chimney Sweep